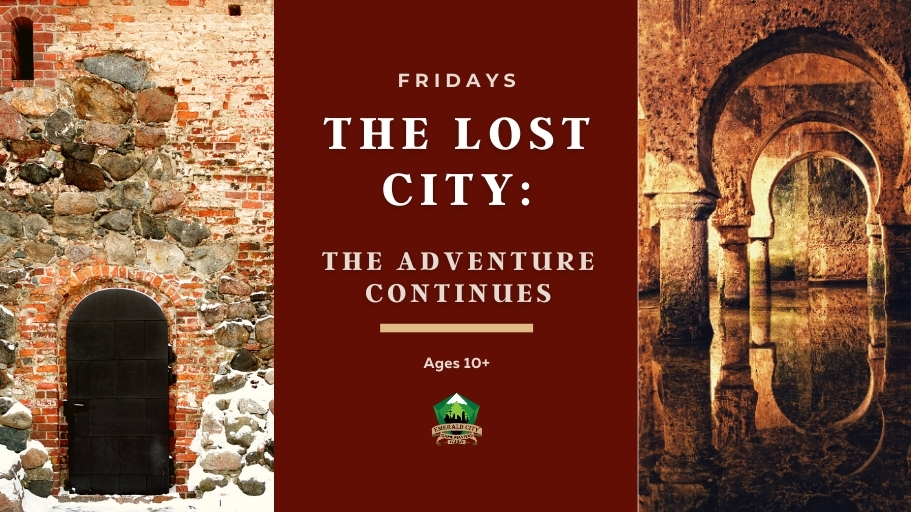 The Lost City: The Adventure Continues

The Lost City — a city buried so deep in legend, no one remembers its actual name. A city of riches and wonder, it was the center of civilization for the Old Empire until it simply disappeared, leaving only a crater of crackling magical energy. Stories of its hubris are told to children. Fanatics risk their lives on pilgrimages to pay respects to the gods believed to have lived in city. Mages spend their lives detangling facts from myths. You never gave it much thought until you were hired by the Collegium Arcane for a mission shrouded in secrecy. Only agreeing to their strict terms did they reveal what they needed. They have found The Lost City and are sending you and your friends to explore it, find out what happened, and, most importantly, come back.

About the GM: Gary is a fantasy/sci-fi writer based in Seattle, WA. He has played games his entire life, enjoying gathering with friends and family to laugh, challenge each other, and grow closer. Gary started DM’ing D&D 5e when his son caught the D&D bug and needed a DM. It stuck and kept growing until, two years later, Gary was running several after school programs a week and half-day camps over the summer. Gary enjoys crafting rich worlds, surprising challenges, and epic adversaries!

Run Time: This club will run every Friday (1/15- 3/19) from 4-6pm PST each week on Zoom. There will be a screen break for snacks in the middle of each session.

What do we need to play?: You will need a computer with internet access and a microphone, headphones and a webcam are recommended but optional, a relatively quiet space, and a free account on Zoom.

How to Prepare: You don’t need to prepare anything! We suggest having water and a snack nearby, and ask that you limit outside distractions during our time together (such as additional devices, apps, or social media).